It’s that time of the year again!

With hundreds of performances and exhibits, more than 50 thrilling rides & attractions and all that food, we dare you not to have fun at the Fair at the PNE! Make sure to check out the diverse Summer Night Concerts, and new daily program the WestJet Family Fun Series, brand new live guest participation show Family Feud and interactive Star Trek exhibit, then of course the legendary Superdogs and the night time finale, Pop City! 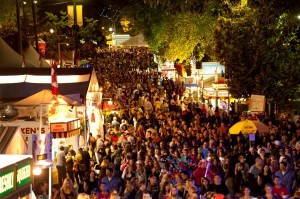 for more pricing info check out The Fair at the PNE

Exhibits & Attractions at the fair:

For more details check The Fair at the PNE

Atmosfear has been every exciting with the launch of the last years extreme swing ride ATMOSFEAR! Imaging being 200ft in the air, swinging 360°at 70km/hr while in the pitch black fall sky! 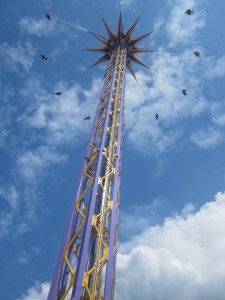 Crazy Beach party The thrilling action of the Crazy Beach Party will send riders spinning rapidly on a huge disc while swinging back and forth like a pendulum to a height of 90 degrees!

Hellevator The hair-raising ride of the Hellevator is a must for thrill seekers looking to experience 4.5 G’s of total fun! Riders are secured in seats, surrounding a 202-foot vertical tower, where the seat cart shoots upward at 75 kph and then free falls back towards the ground, providing an added free-falling force of negative 1 G on the way down 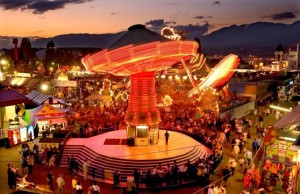 More rides info check The Fair at the PNE

The PNE has played an important role in the history of Vancouver. From its beginnings as a showcase for the region’s agriculture and economy, it has grown immensely. This growth has resulted in many questions about the fair’s future at Hastings Park. Beginning in 1997, the city has restored a large portion of the park. Many old fair buildings have been demolished and replaced by a more natural character. Although land was purchased in Surrey that was to become the fair’s new home, the PNE has since transferred ownership from the province to the city of Vancouver and will remain at Hastings Park. The PNE is a registered charity. 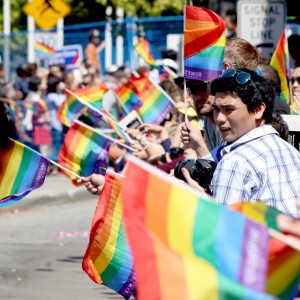